For the past few years {longer than I want to admit} our master bedroom armoire has become a dumping ground. I think anything that has doors is an easy target, right! Out of sight, out of mind. The problem is that on the few occasions when we have the T.V. on in our room, I am so embarrassed at the mess staring back at me. Not relaxing in the least. Unfortunately, I don’t have a before picture. My hubby had taken the kids AND the camera to the park. That left me with roughly 30 minutes of free time. What’s a girl to do? Clean out something, right. So I had to forego the before picture. However, I am sure you all have amazing imaginations and can picture years of junk piled up inside of here. It wasn’t pretty. Here she is from the outside {no one ever knew what was lurking behind those doors!!!}. 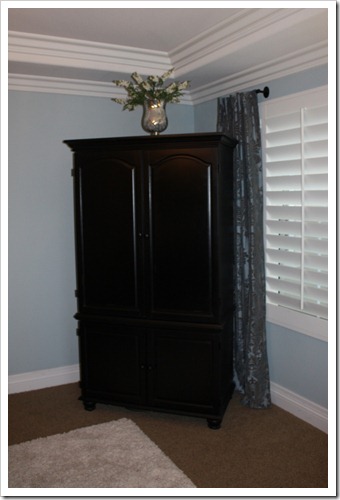 The bottom doors host our two printers so no need to touch that part. I started by unloading EVERYTHING from inside. Then I sorted into piles: trash, keep, kids. The random kid stuff that had been accumulated over years was taken back to their rooms!  From the keep pile I looked at what was similar and came up with three categories. I then sorted all that was “keep” into: paperwork, computer/CDs, and photo albums. Easy, easy. I shopped the house and found three empty plastic bins {bought a ton of these from Costco a while back, but I know the container store carries them as well}.  I feel so good about having a bin for all of the random computer items that pop up and those CDs that come with cameras, software, etc. I kept finding them and shoving them up in the armoire. Now they finally have a home and when my husband asks where I put one of those dumb CDs, I will be able to find it. Heaven. The only things I had left were computer paper, wrapping paper, and of course a couple of binders. Found an Ikea plant pot in the house and it now keeps my wrapping paper upright and wrinkle free. The binders sit to the left of the T.V. and the computer paper sits nicely on the shelf. Ta-da! All done in under 30 minutes {not quite sure why I lived with it being such a pigpen for so long}. 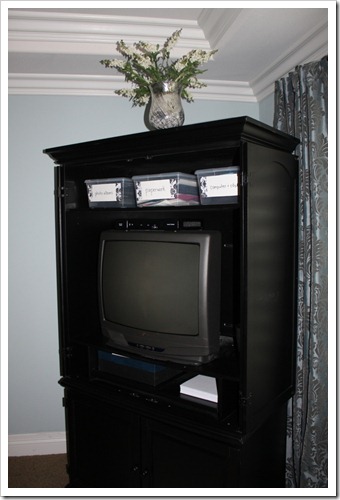 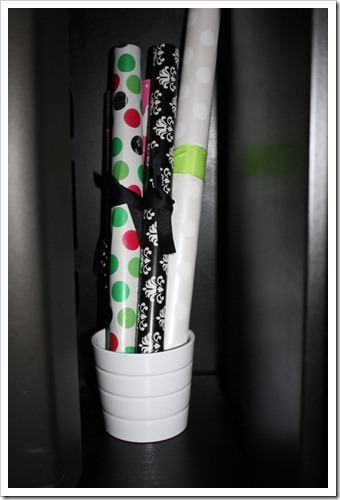 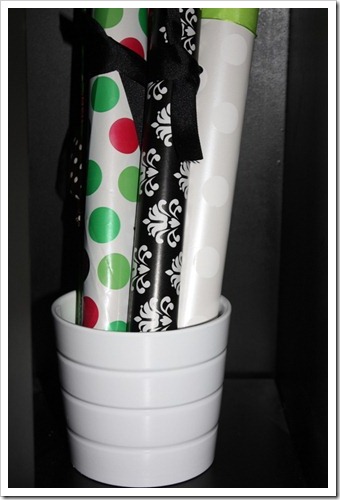 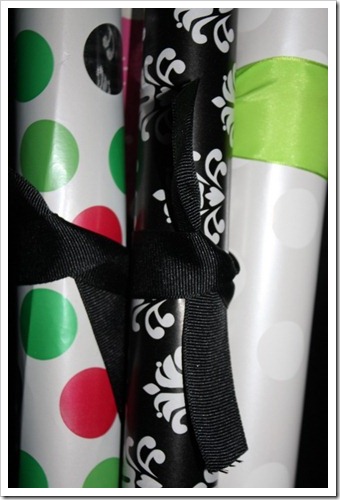 I am a big fan of using scrap pieces of ribbon to tie the wrapping paper so it doesn’t unroll. I also take out the brown cardboard tubes {kids will play with those for HOURS} because you can make it a tighter tube of wrapping paper without them. Then they take up less room. 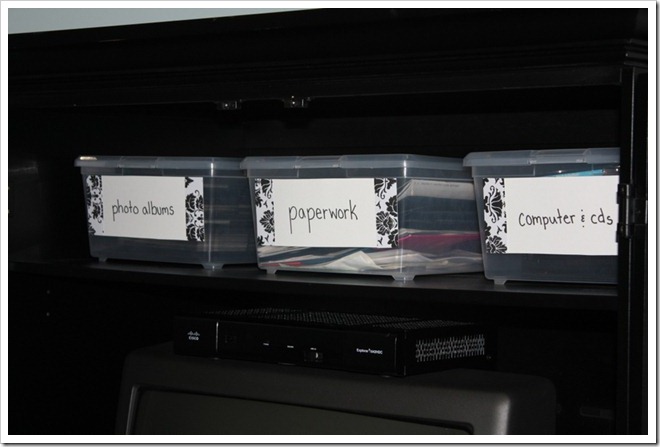 I could have gotten fancy and made labels on the computer, but I took the quick route and cut three pieces of cardstock. Then added a little bit of damask paper on each end to make it pretty and used permanent marker to label each box. 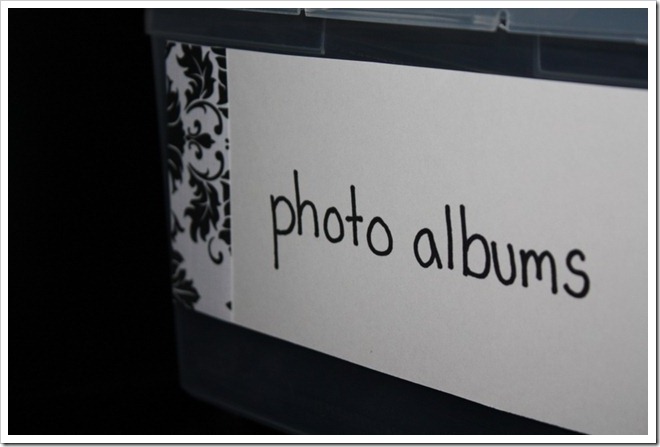 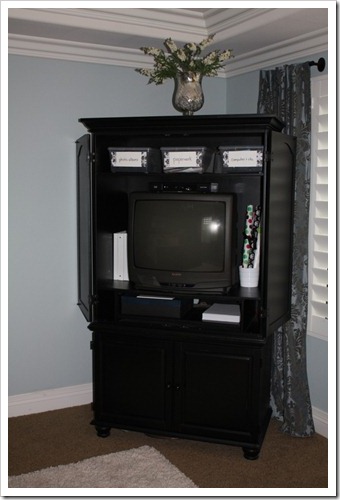 Certainly not earth shattering, but I can’t tell you how much better I feel to be able to have the doors open and not cringe when I walk by {and yes, our T.V. is circa 1960, but I refuse to upgrade until it quits on us!}.