I am talking scarves today, my friends. I have a love affair with them and it was time to update a few to create infinity scarves. I discovered this trick while running out the door so I thought I would share as I have now transformed three or four of my favorite scarves. 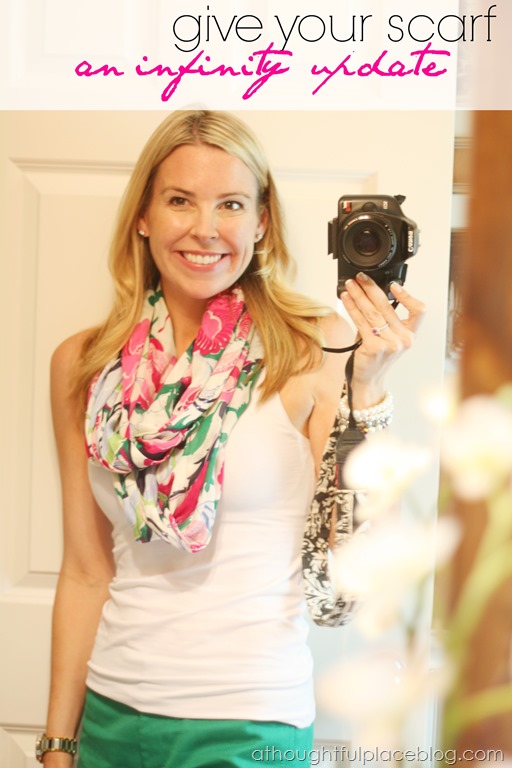 And if you are new around here, you may not have seen that I use baby hangers for my scarves. They keep them wrinkle free and take up far less room. You can even tuck them in an out of the way spot in  your closet or hang them over a dresser like I have done. 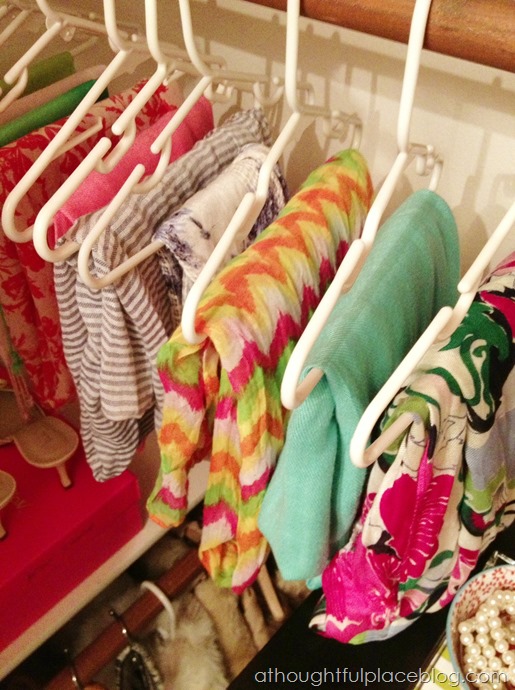 I have so many scarves that have nice light and bright colors that work well for warmer months. But when you where them like a traditional scarf, they just seem more “wintery”. We were headed out to dinner the other night and I wanted to wear a scarf as a pop of color but it looked silly with my outfit. So I decided I could do something about it! 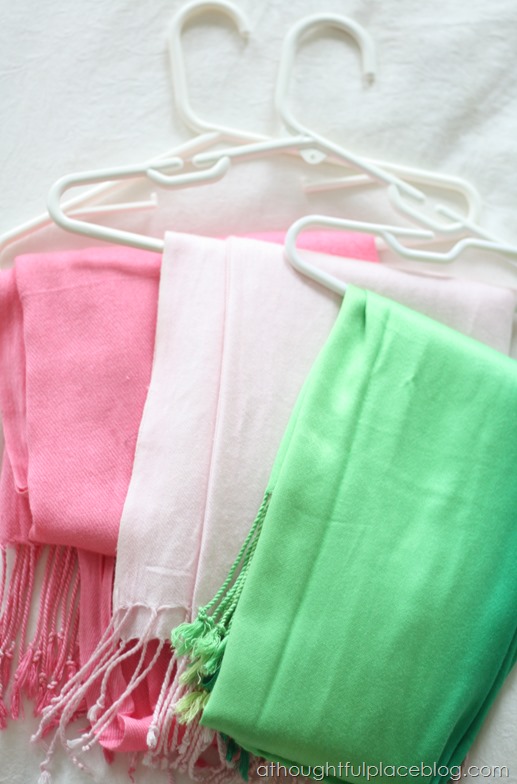 I took one of these scarves {given to me by my friend, Janell} and busted out the glue gun. All in the name of fashion! I literally had only five minutes before we needed to hop in the car so it was the glue gun to the rescue! I simply put a line of glue down one end and pressed the other end of the scarf to it. I chose to leave the fringe alone and when worn like an infinity scarf, it all gets hidden beneath my hair. 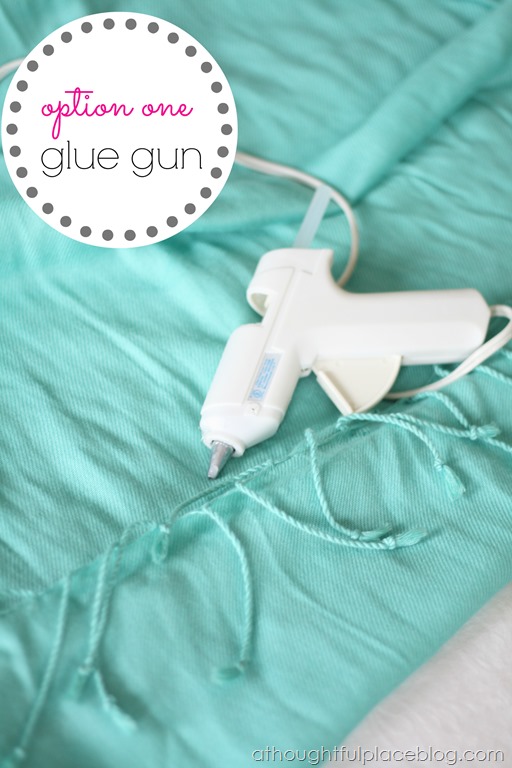 The other day I picked up this scarf on sale at Talbots. {Who knew that had such great scarves?}I fell in love with the colors. But again, I wanted to wear it with shorts and I wanted it to look more like a colorful necklace addition to my outfit rather than a winter scarf. This time I busted out the sewing machine to sew the two ends together. Hello, new infinity scarf. Nice to meet ya! 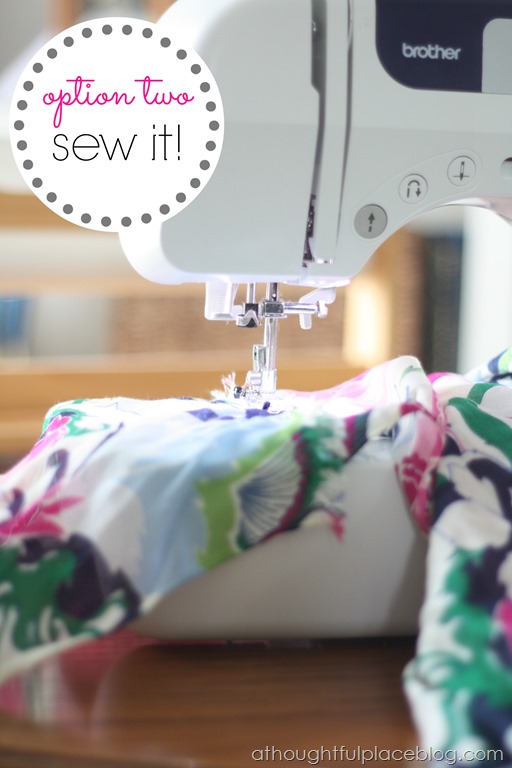 And honestly, there is nothing worse than trying to take a self portrait. My hubby wasn’t home to snap one and handing the camera to my seven year old did not yield better results. Here is a choice outtake! I either cut off my legs, head, shorts, or was altogether out of focus. Frustrating to say the least. 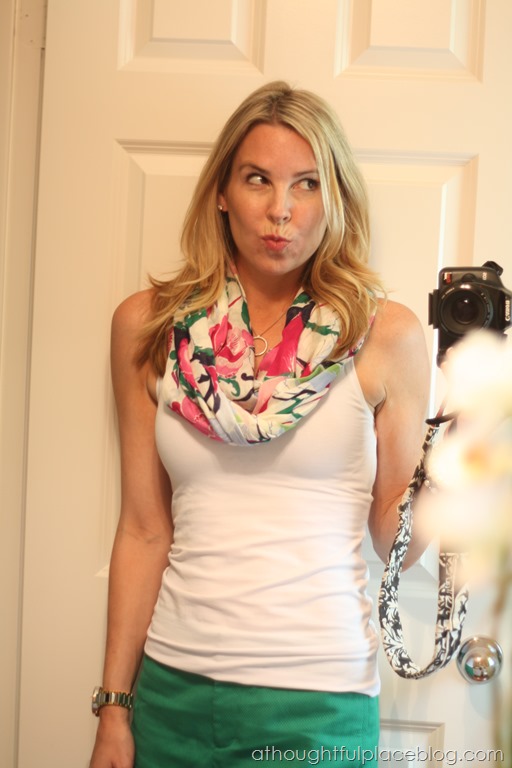 I finally threw down the good camera and picked up the iPhone. Much easier. So if you are trying to do the same, ditch the camera and pick up the phone! 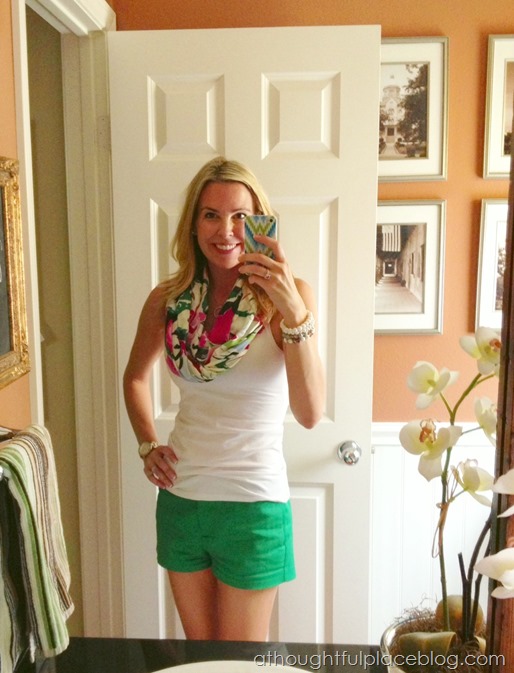 So that’s my tip on giving some old scarves new life. They look a bit more updated and are so much more versatile this way. Have you transformed any of yours yet?