I am back today with the step by step instructions for the DIY Coffee Trick or Treat Pail (extra whip, of course). It’s a super simple project and a great compliment to the DIY Donut Costume I made.  So let’s get straight to it. 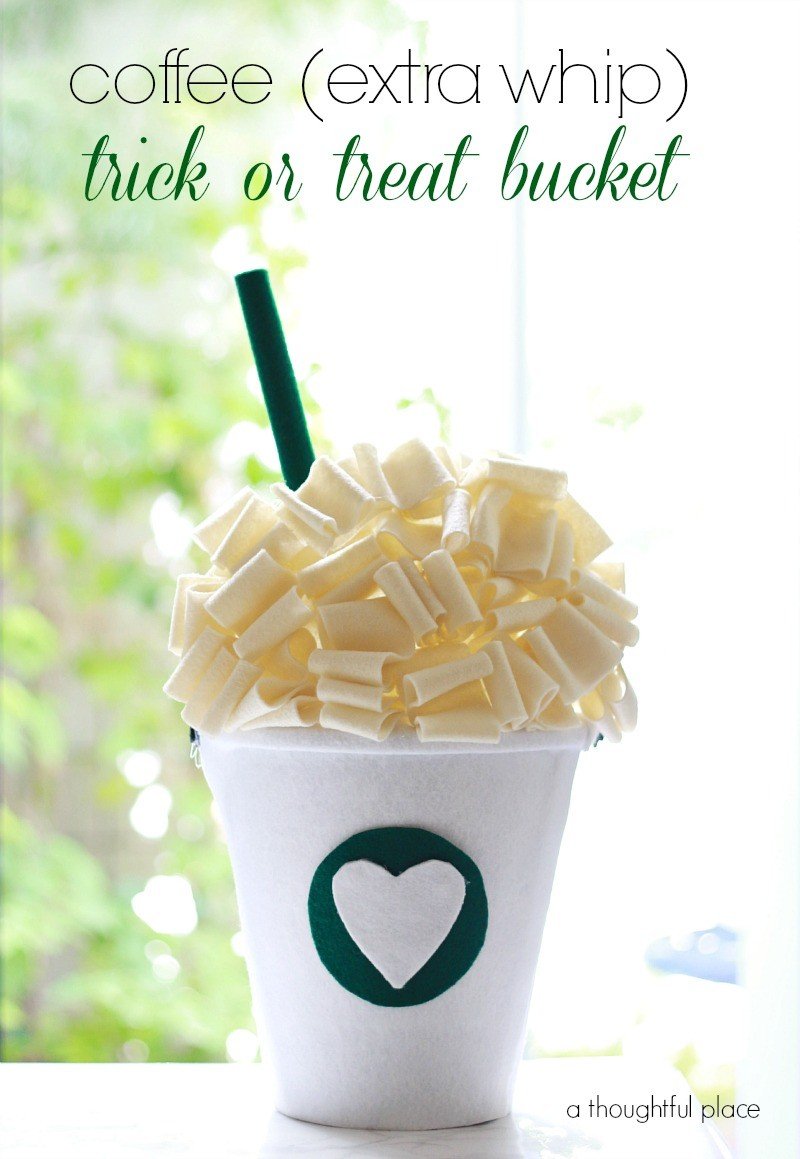 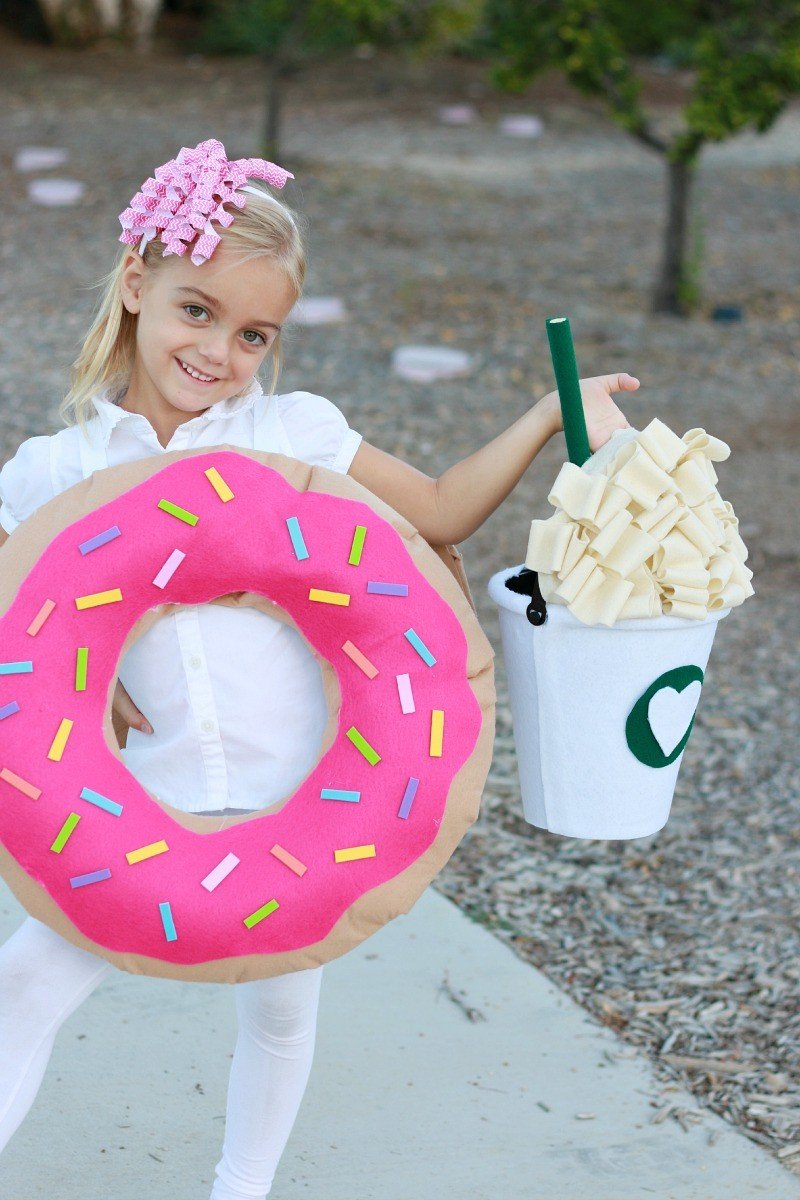 In this photo, you can see that my little donut model can easily hold the trick or treat pail. It only has whip cream on one side so there is plenty of space to carry it comfortably and collect treats (the most important thing!). 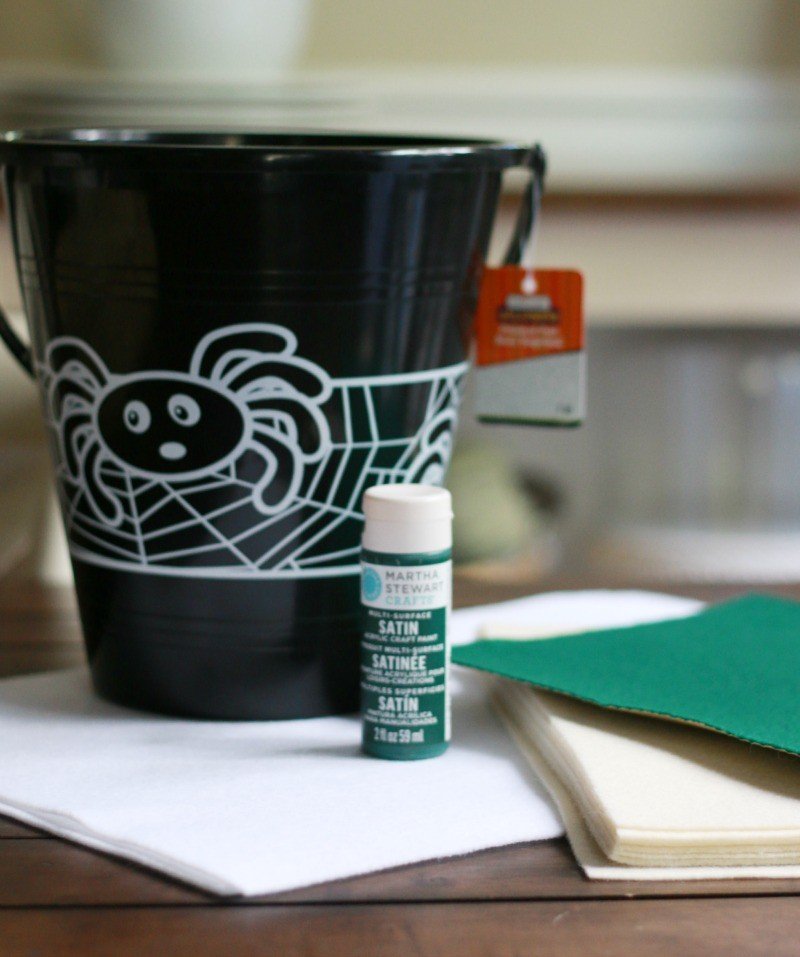 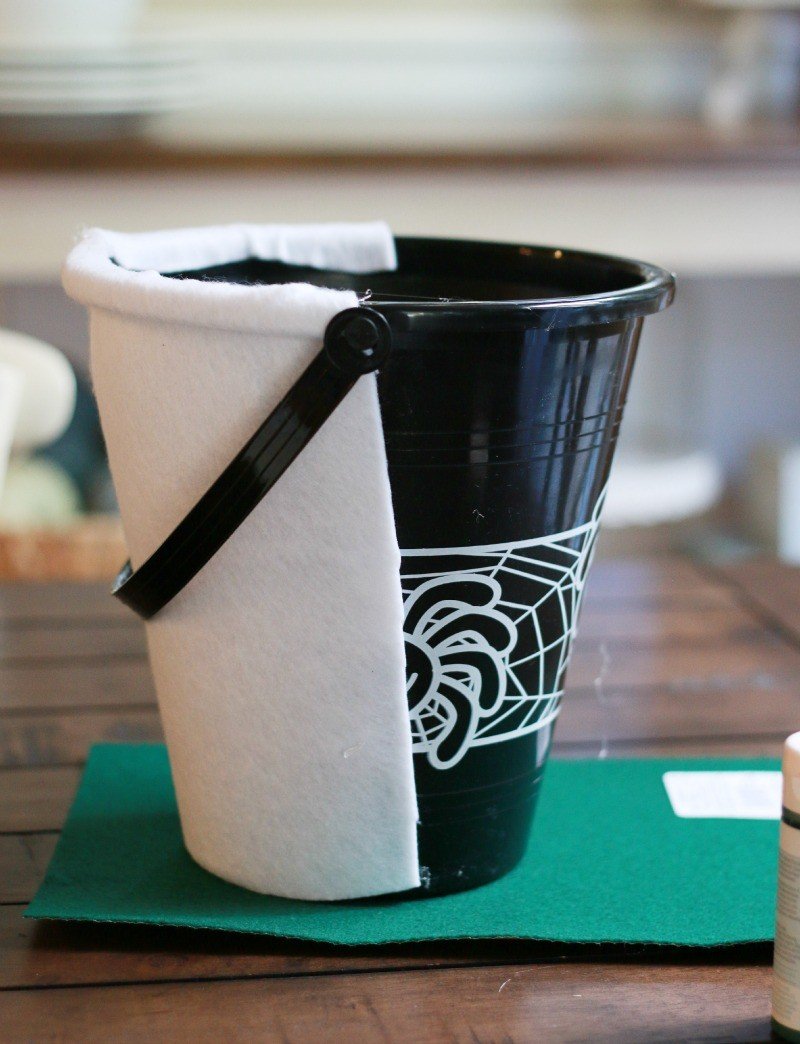 Step One: Cover the Pail

This step is not difficult but you need to be patient. Turn the pail upside down. That is key! You will see it’s much easier to cover. Just don’t force anything. Let the felt extend beyond the bottom of the pail (holding it in the air) so you can trim that later. It will lay nice and flat against the pail. I trimmed the sides to make them straight up and down after I had it in place. You’ll see what I mean when you are doing it. Add a dab of glue somewhere to hold it in place. Then fold it over the rim and tuck a little under the rim to get that nice lip that coffee cups have. Wrap and glue. Repeat that for the other side. 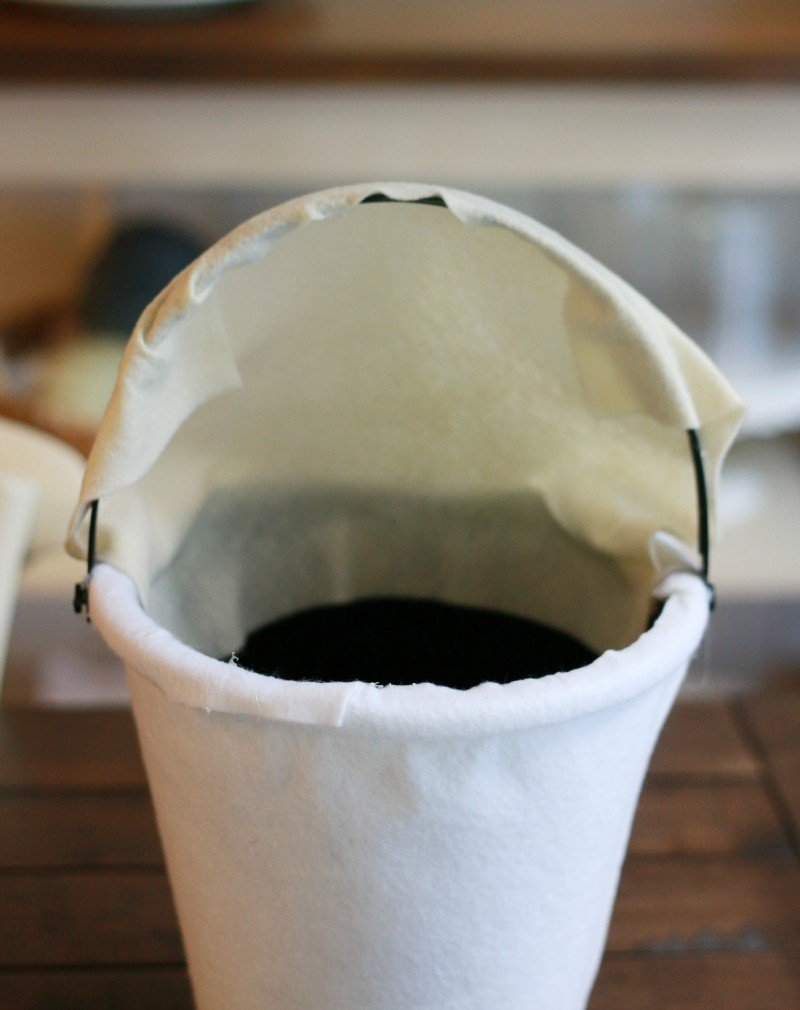 Step Two: Add a Base for Your Whip

You need something to add the whip to! This is also not difficult and looks a bit clumsy but that will be covered later. Just use one sheet of off white felt. Turn it landscape orientation and let it fall inside the bucket. Wrap around the handle and glue. Add some glue to the inside of the bucket to allow it to tuck and stick inside. 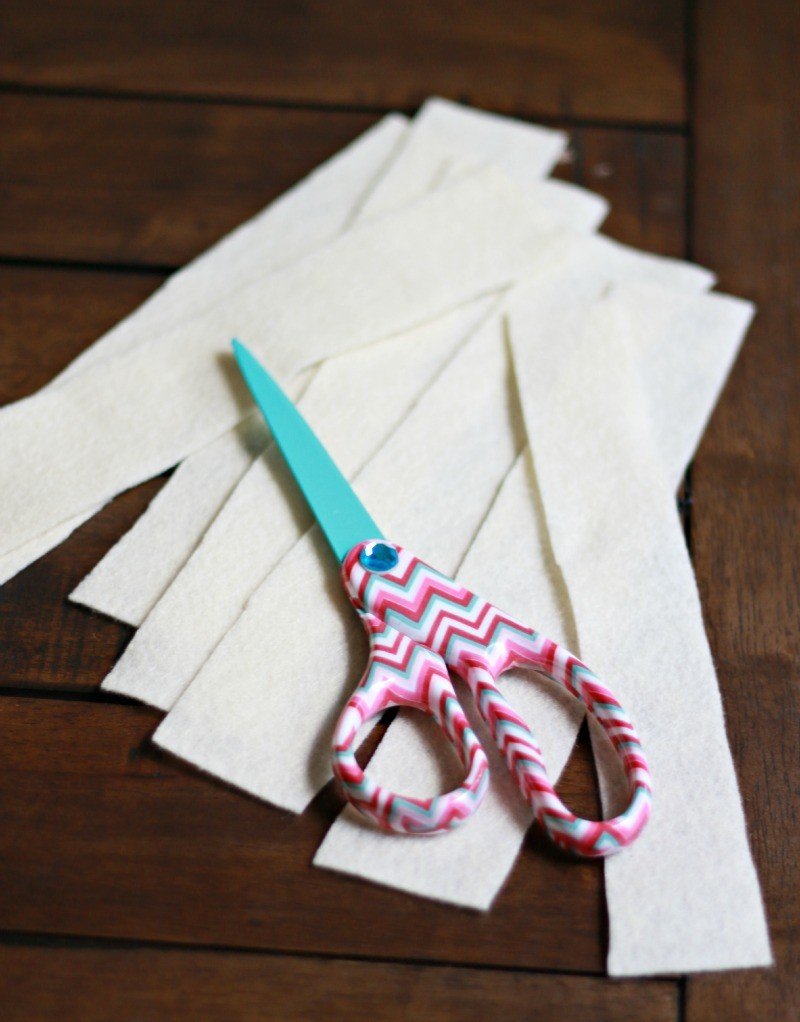 Step Four: Fold each strip as shown. There is no exact science. Add a dab of clue to keep the ends together. 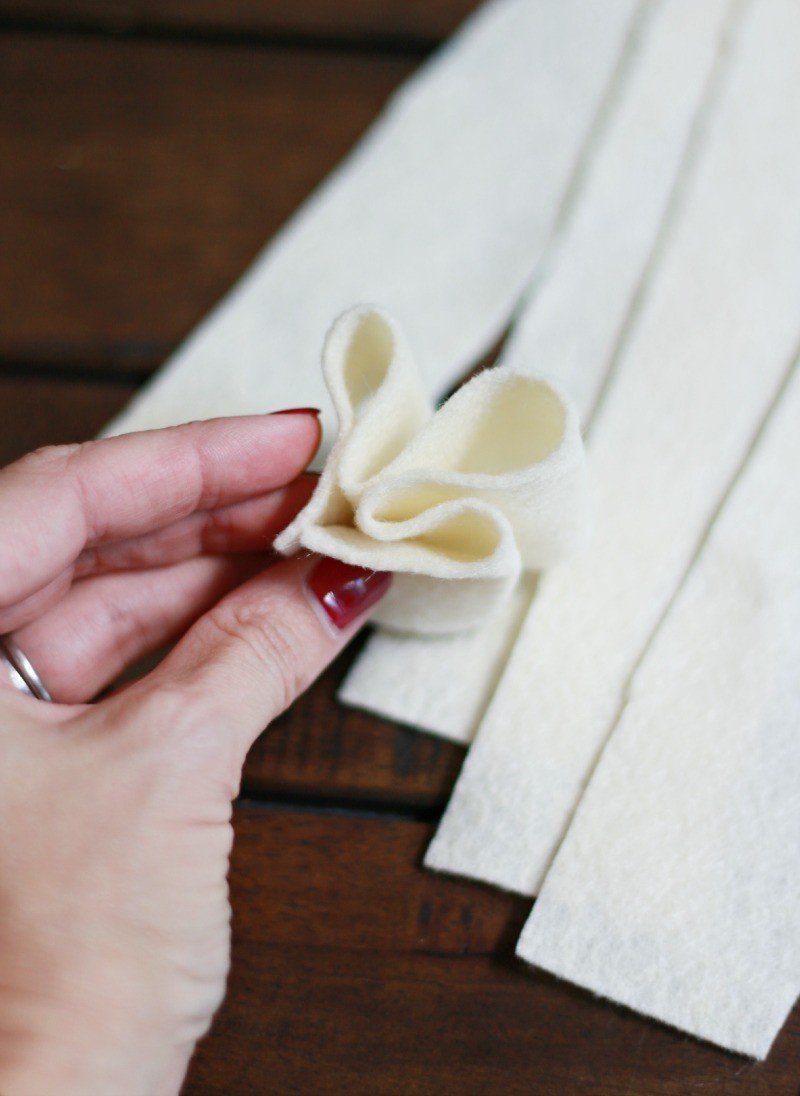 Now just place a dab of glue on that cluster and stick to the base. If a loop pops out add a little glue. It’s really relaxed and anything goes. I alternated the way mine were facing each time I glued one. Because I knew you would be curious just what your are getting into, I timed myself. This only took ten minutes. It’s not as time consuming as it might seem. 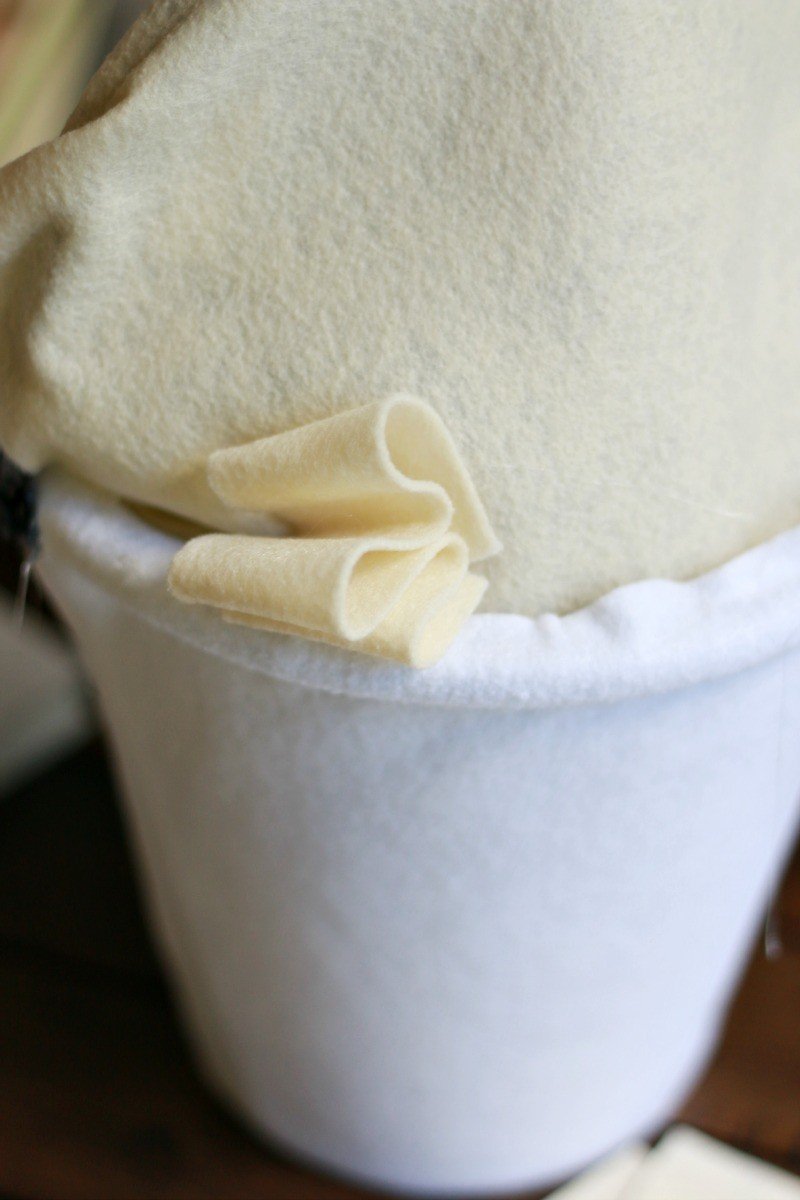 And after about ten minutes of folding and gluing, you have this! Lots of whip cream. Just cover the entire base. If any loops seem to be less secure, simply add a dab of hot glue. 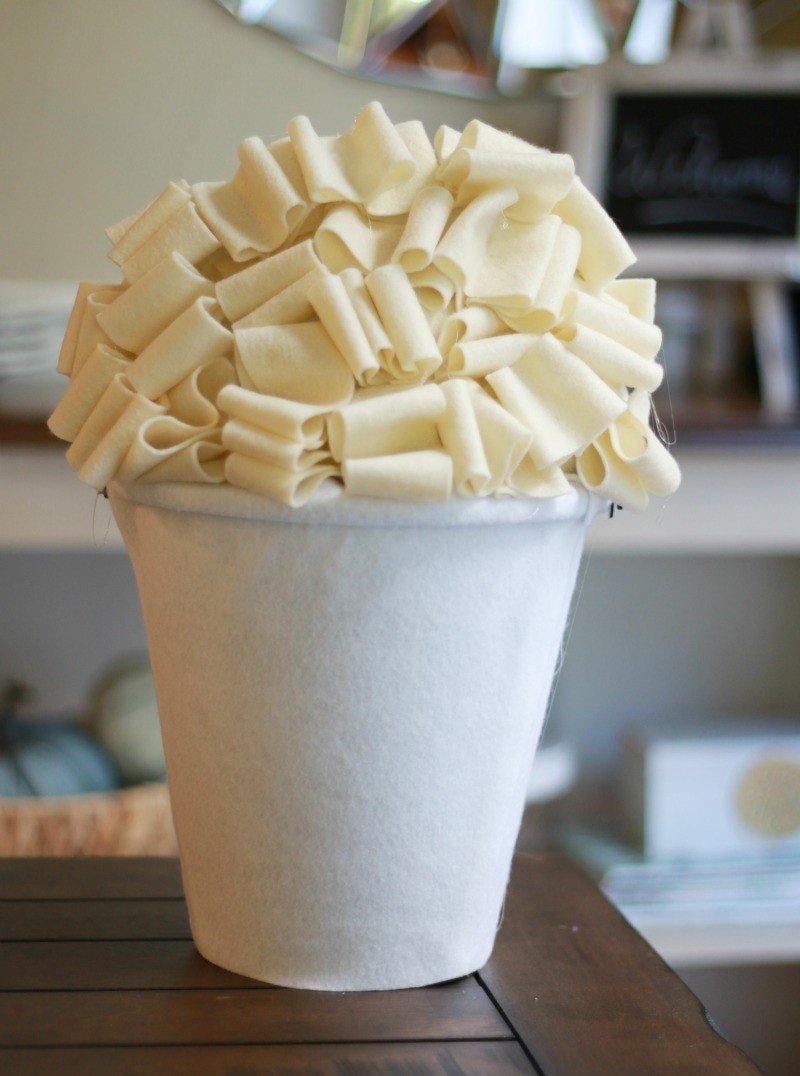 To finish off the coffee, I traced a mug onto the adhesive green felt to make the circle. Then I free handed a white heart to glue in the center. I think the green is a fun nod to that one coffee company you may have heard of. 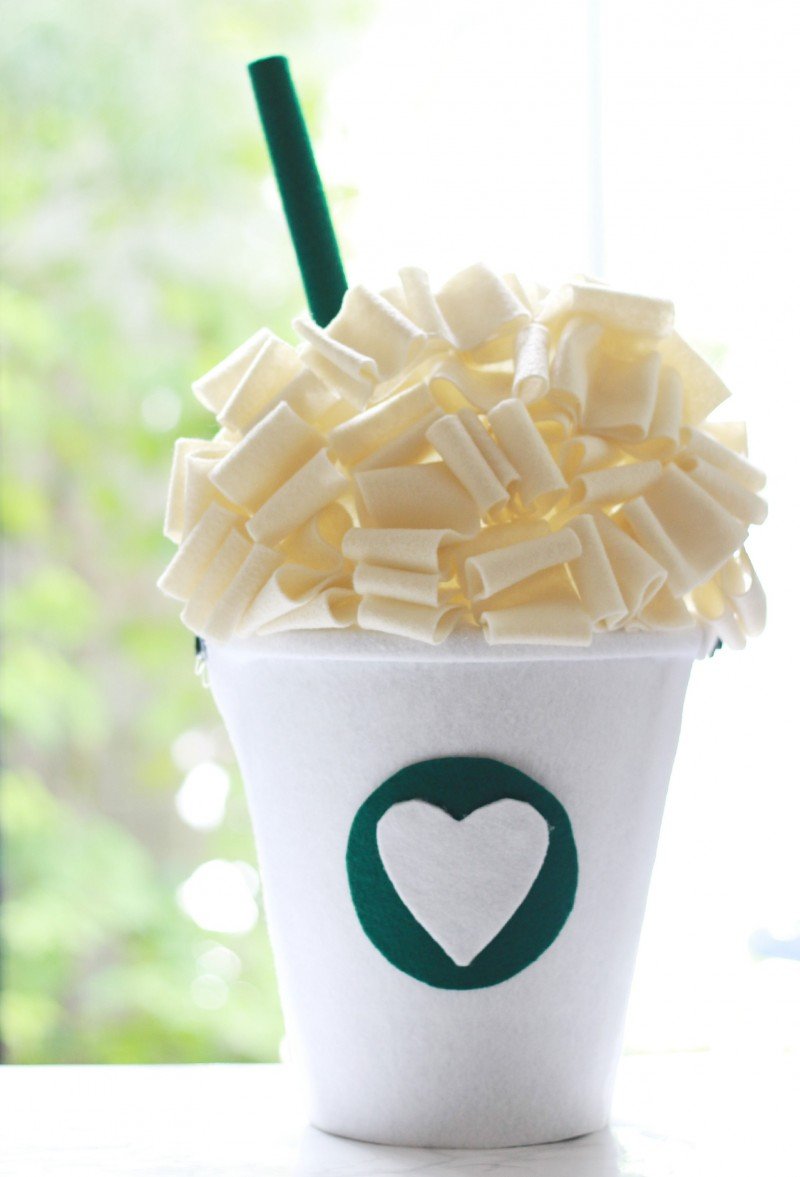 I asked my husband to cut my wooden dowel down to the size I wanted. I just eye-balled it. Then I wrapped the upper portion on green felt but you could paint it, too. Then slip in the bucket and secure it with glue to the handle. Use a generous amount of hot glue and you may want to glue it to the bottom of the pail as well. Done and done. 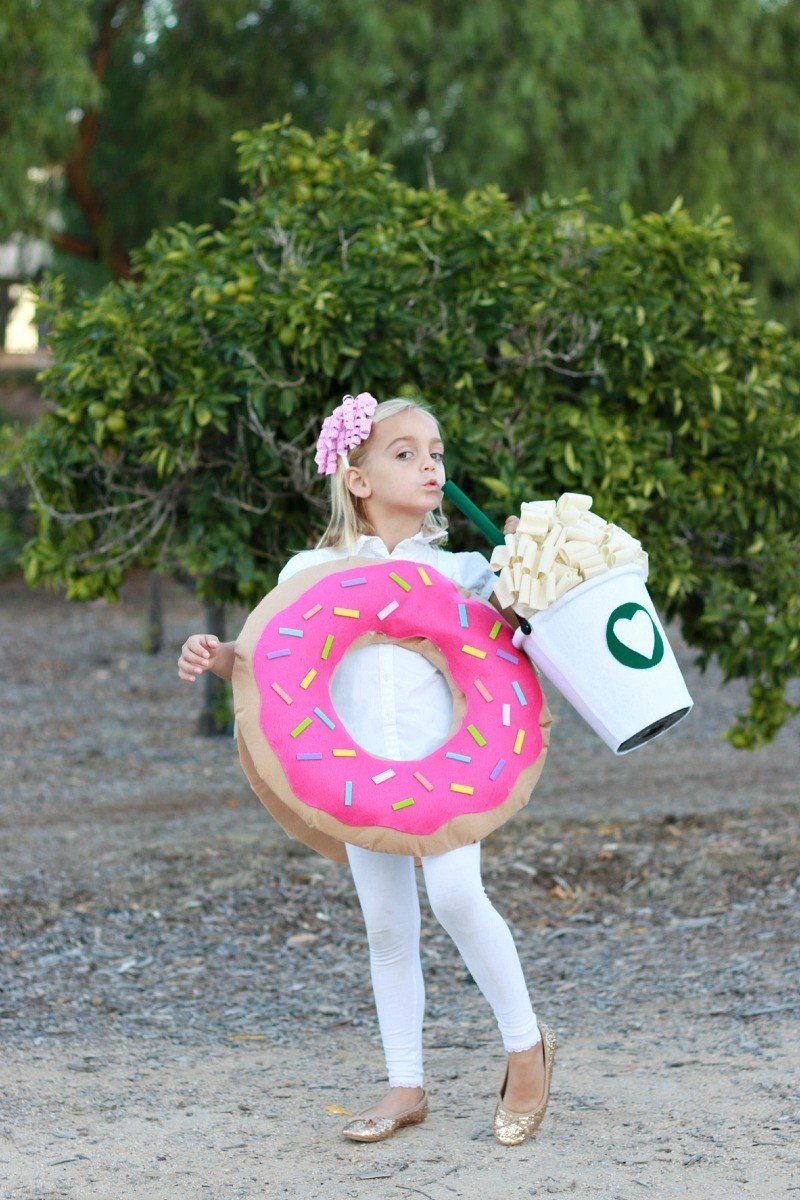 And that’s that! I think it’s fun to be a creative at Halloween and this does just the trick. It also makes me want to run out and grab a coffee. How about you?

If you missed the DIY Donut Costume you can check out all of the details here.

I created this costume in conjunction with the #MichaelsMakers program.